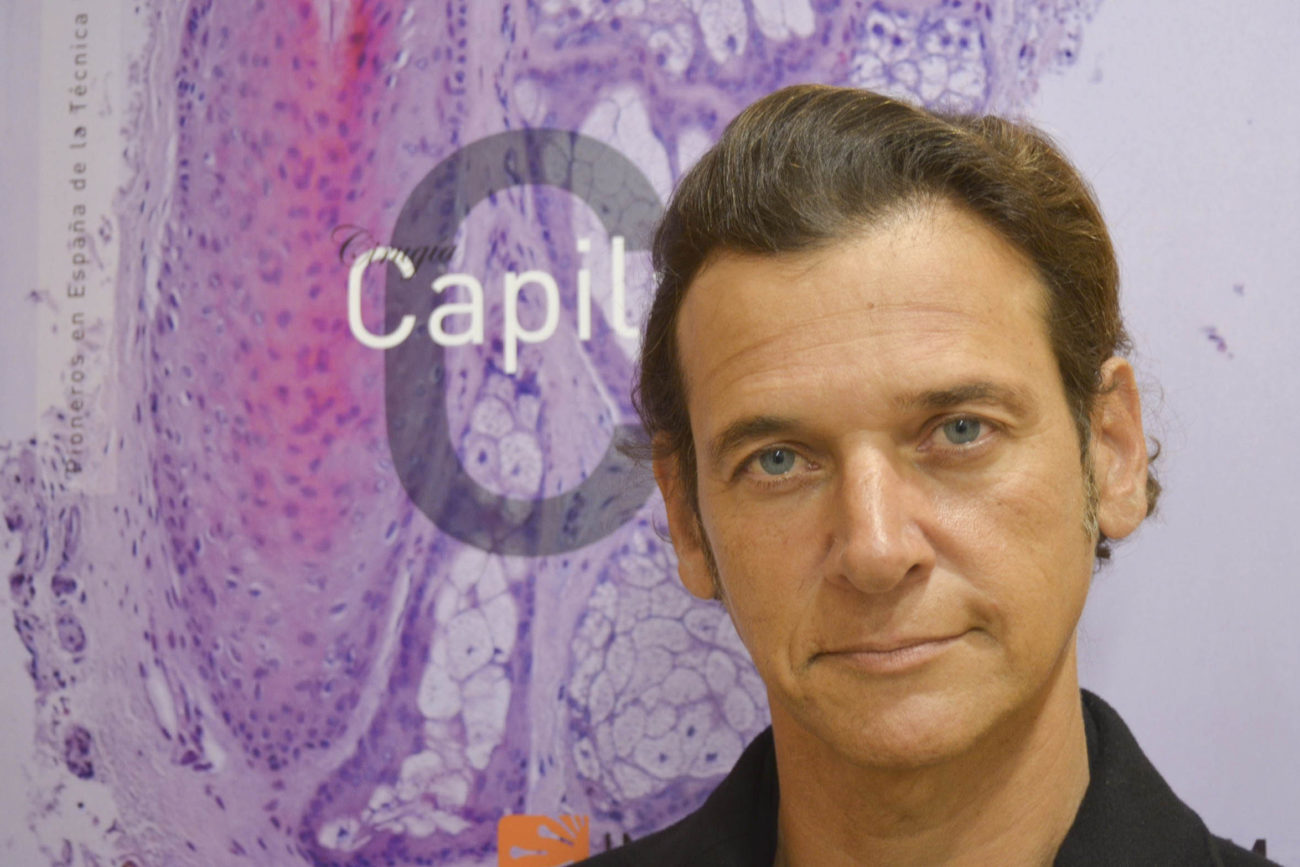 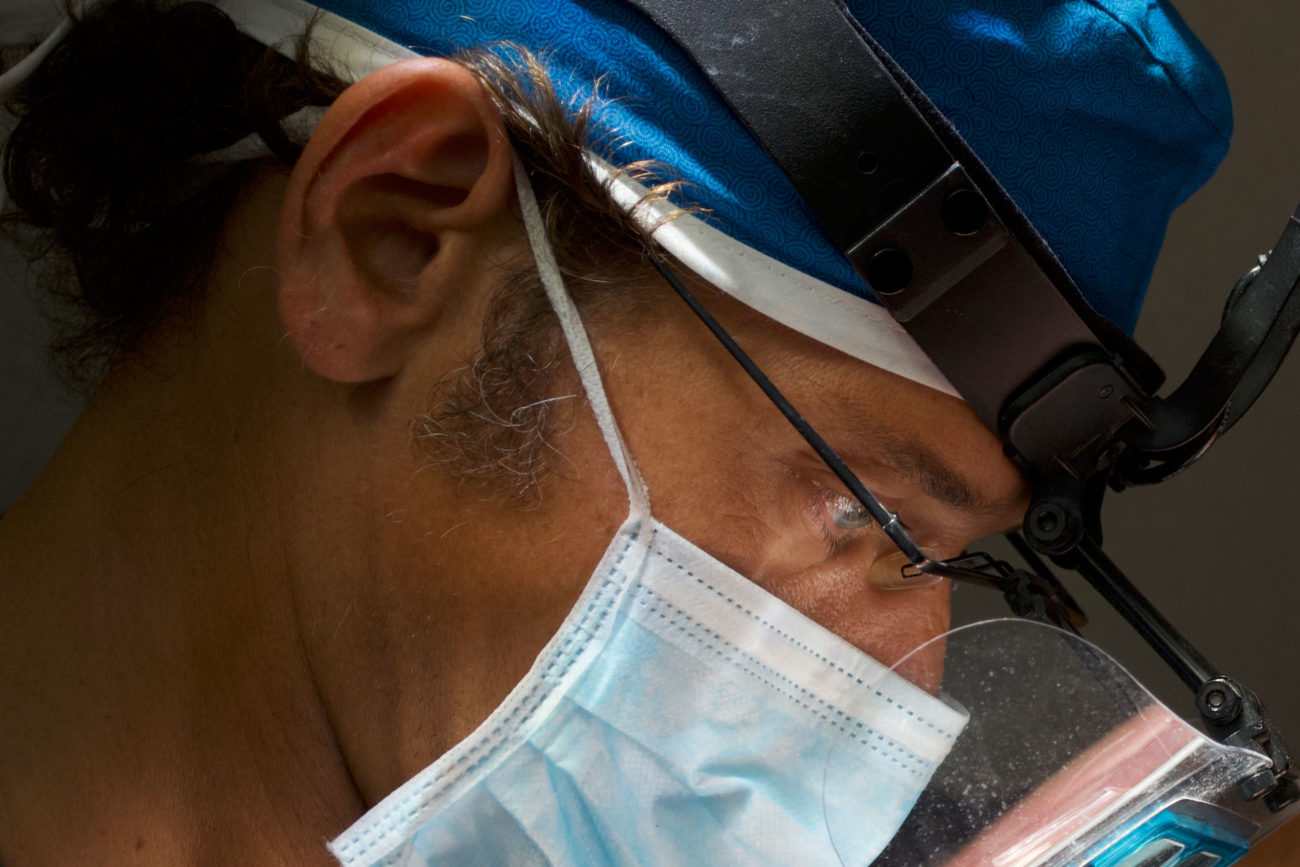 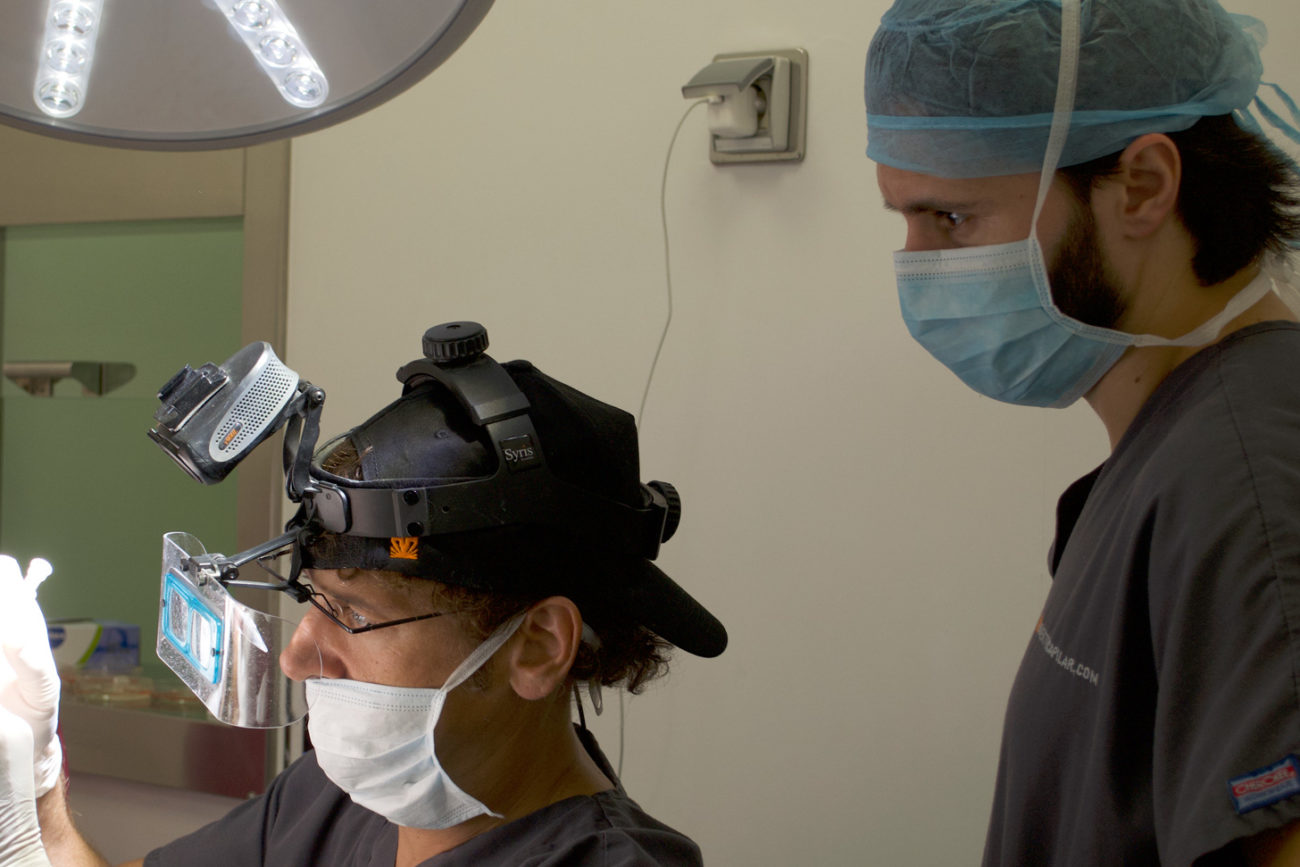 In 2003 he observed the first hair transplants by FUE during a trip to the DHI clinic in Athens,one  year  after  FUE  was  first  described  by  Dr.  Rassman  and  Dr.  Bernstein  (Rassman,  W.T.,  and  R.  M.  Bernstein.  Follicular  unit extraction:  minimally  invasive  surgery  for  hair  transplantation.  Dermatological  Surg.  2002;  720  –  728).  Impressed  by  the  skill  required and  the  potential  of  a  minimally  invasive  technique  which  offered  a  natural  solution,  he  decided  to  put  all  his  energy  into  learning  and developing the method which was then in its infancy

He  has  been  a  member  of  the  ISHRS(International  Society  of  Hair  Restoration  Surgery)  since  2006  after  attending  the  congress held  in  San  Diego  (US).  At  the  congress  in  Las  Vegas  in  2007,  he  made  his  first  presentation  which  was  based  on  the  anchoring system  which  connects  the  follicular  units  to  the  surrounding  tissues  and  its  application  in  the  FUE  technique  (“Skill  vs. Tools”).  Since then  he  has  actively  participated  in  all  of  the  annual  congresses  with  talks,  videos,  debates,  live  procedure  presentations  (Patient Live View), Workshop Faculty and Director, Expert Faculty during Breakfast or Coffee, Restore Operation (ISHRS Foundation) etc…

In  the  development  of  his  particular  technique  of  implanting,  Dr.  Lorenzo  emphasizes  the  use  of  a  tool  which  he  considers fundamental  for  the  results  he  obtains:  the  Implanter.  In  2009  he  collaborated  with  the  Korean  company  Hans  Biomed  in  the  design and production of what is now considered to be the best implanter: the Lion Implanter. Lion Implanter.

Along  with  Hasson  &  Wong  Dr.  Lorenzo  also  does  pioneering  work  in  presenting  on  the  internet  videos  of  the  results  of  his transplants,  substituting  the  usual  photographs  which  can  be  easily  manipulated.  His  page  in  youtube,  contains  more  than  600 videos of hair transplant results.

He  is  a  member  of  the  FUE  Research  Committee  of  the  ISHRS  since  its  creation  in  2012,  which  is  tasked  by  the  international  society for the investigation  and  development  of  the  FUE  technique.  He  also  chairs  the  subcomité  for  the  standardization  of  the  terminology used  in  FUE,  due  for completion  in  September  2013.  On  numerous  occasions  Dr.  Lorenzo  has  collaborated  with  the  journal “International  Hair  Transplant  Forum”  with various  articles  about  the  FUE  technique.  He  has  also  written  several  chapters  in  two books based on hair transplants (“Hair Transplantation” by Dr. Sungjoo Tommy Hwang and “Hair Transplant 720” by Dr. Sam Lam).