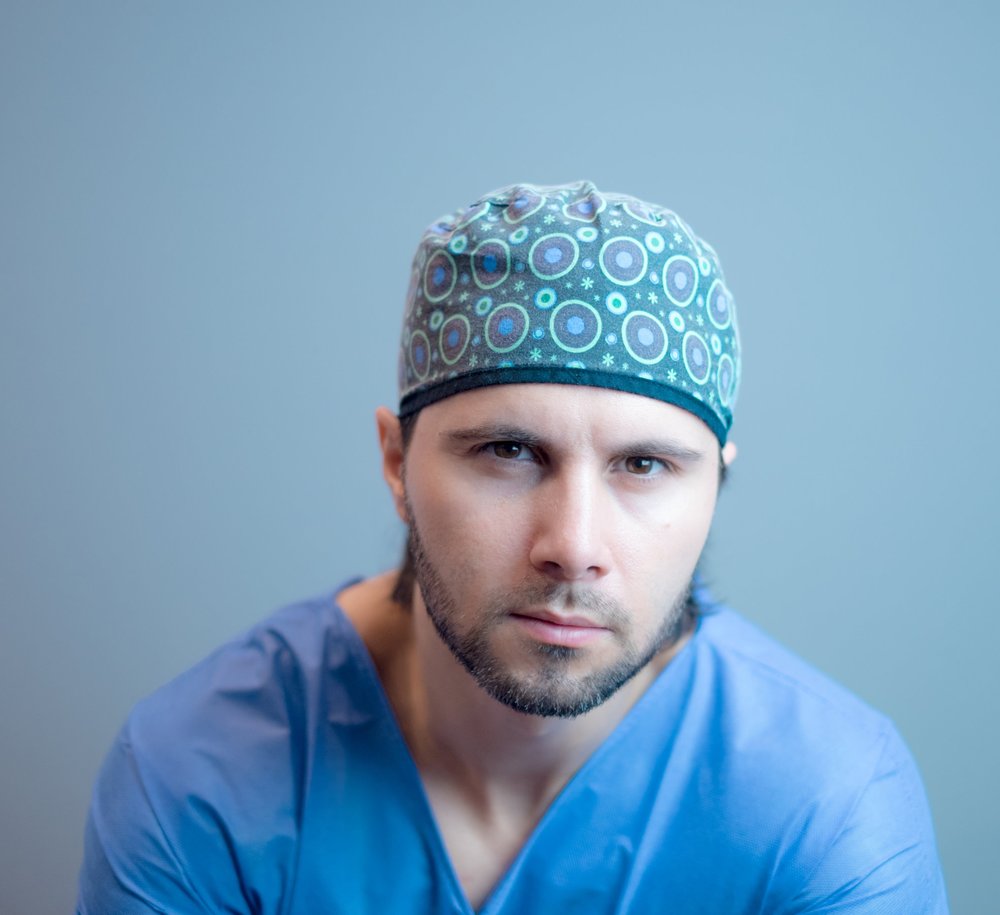 Dr. Bruno Filipe Carneiro Ferreira was born in Porto, Portugal and graduated from the Faculty of Medicine of Porto University in 2011. Dr. Ferreira has been practicing medicine for 8 years, 7 of which in hair restoration surgery, dedicating practically all of his medical career to this field.

Dr. Ferreira started his work in the field of hair restoration in 2012 in Porto, where by combining his training with his own intensive study and practice, he quickly became a skilled and sought-after doctor, performing hundreds of surgeries every year and training/tutoring other doctors. He attended his first ISHRS (International Society for Hair Restoration Surgery) meeting in 2012, at the Bahamas and has been a member or this society since 2013.

Between 2012 and 2017, Dr. Ferreira perfected his technique in every way, trying all sorts of materials and instruments. Manual punches, motorized punches, dull implanters, sharp implanters, different tools for incisions, different graft holding solutions, etc. To this day he still loves trying all the new gizmos and gadgets he can get his hands on. Most don’t make the cut and get discarded, but sometimes, a few gems are found. He also attended various meetings and workshops, becoming a fellow member of the World FUE Institute in addition to his ISHRS membership.

In the beginning of 2017, he accepted the challenge to work in a different clinic in Bilbao, Spain, whilst starting to work in his own name in Portugal, as well as performing surgery, by invitation, in other European countries.

He recently setup at a new clinic – Rejuvie Clinic – which is now his main work office and O.R. and where he spends most of his time.

In 2018, Dr. Ferreira was invited by Dr. José Lorenzo from injertocapilar.com – whom he has always admired and looked up to as one of the best hair transplant surgeons in the world ever since starting his career – to become a surgeon of the medical team at Medilor clinic in Madrid, Spain, which he honorably accepted, now also offering his services in Madrid.

Never stopping to learn and search for new and better ways to serve his patients, in 2018 he graduated from his Master’s Degree in Aesthetic and Anti-Aging Medicine by the Complutense University of Madrid, for a more holistic approach to all of his patients.

Combining his theoretical knowledge and highly refined technical skill, deep understanding of aesthetics and close patient care, Dr. Ferreira is a surgeon capable of tackling even the most demanding cases and consistently achieving the best possible results.